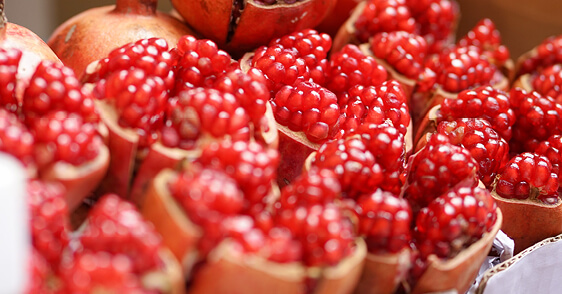 Pomegranate history References to pomegranates can be found in Egyptian papyri, the Old Testament, Greek and Persian mythology, as well as in Roman history.

Pomegranate trees are though to be the oldest cultivated fruit-bearing tree. They first appeared in 3000 B.C. in Persia, their cultivation gradually spreading to India, north Africa, Europe, China, and America. It is one of the first fruits to be farmed in the Tigris-Euphrates valleys, the Nile, and the rivers of India.

In Asia, pomegranates were worshipped for their therapeutic properties as a symbol of beauty, longevity, fertility, and wisdom. In Greek and Persian mythology it is mentioned as a symbol of life, rebirth, and mating. Based on the story of the Greek myth of Persephone, the pomegranate became the symbol of fertility, death, and eternity, and was the emblem of the Eleusinian Mysteries. Pomegranates were also used as decorative features in the Temple of Solomon, in royal insignia, and on priests’ robes. They are a symbol of the resurrection and life in Christianity, and in Christian art they symbolise hope. In Buddhist tradition pomegranates are one of the three holy fruits. The ancient Chinese believed that its seeds symbolised longevity and immortality. Even in modern times, breaking open a pomegranate at weddings and at the celebration of the New Year symbolises good luck and fertility.

The botanical name for pomegranates is Punica granatum – Punica is the name of the ancient Phoenician city in north Africa where the Roman soldiers heading to the first of the three Phoenician wars in the 3rd century B.C. first saw a pomegranate tree, while “granatum” means granular. 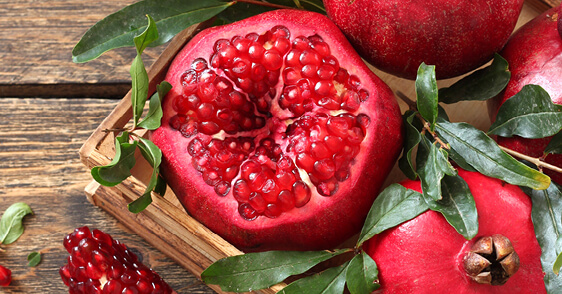 Pomegranate trees (Punica granatum Linnaeus) belong to the Punicaceae family, which includes only one genus and two species (P. granatum and P. protopunica). It adapts to different soils easily and is resilient in very harsh conditions of heat, drought, and lack of care.

Pomegranate flowers appear in groups of 2 to 7 red or white and yellow blossoms, and they appear after the leaves at the end of spring; they belong to one of two categories, long style and short style.

The long style flowers are large, cylindrical at their base, they are fertile and they form on old wood.

The short style flowers are smaller in size, conical at their base, they are infertile and they form on new vegetation.

Pomegranate trees are self-fertilising, flower in stages with the majority of flowers being pollinated by insects. Pollination is much more easily achieved if we install beehives in the plantation (2 to 3 beehives per 0.1 hectare). 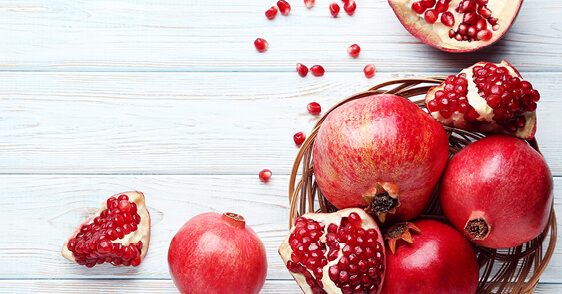 Pomegranates have been known since antiquity for their amazing therapeutic properties and a number of modern clinical research papers confirm what ancient Greek physicians believed about the “miraculous fruit”!
Read why:

TIP
Pomegranates are a true treasure trove of antioxidants, vitamins, and nutrients, beneficial to human health, which may help us prevent many illnesses.